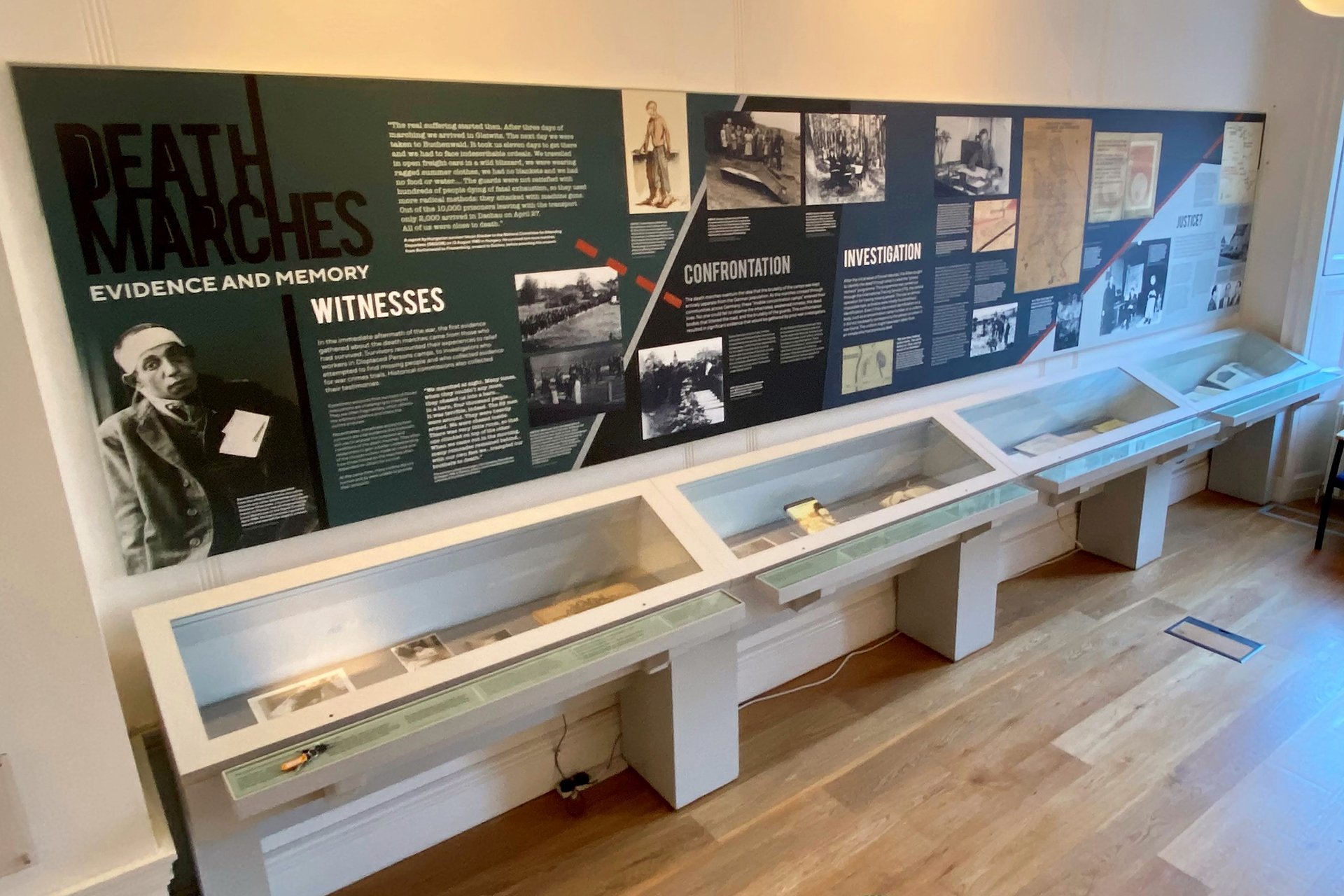 The Holocaust and Genocide Research Partnership’s inaugural, co-located exhibition, Death Marches: Evidence and Memory, will be on display at The Wiener Holocaust Library, London, from Tuesday 18 May 2021 and the Holocaust Exhibition and Learning Centre on the University of Huddersfield campus from Tuesday 1 June 2021 (pandemic conditions permitting).

Towards the end of the Second World War, hundreds of thousands of prisoners still held within the Nazi camp system were forcibly evacuated in terrible conditions under heavy guard. Prisoners were sent out on foot, by rail, in horse-drawn wagons, in lorries and by ship. Conveys split, dispersed and rejoined others, with routes stretching from several dozen to hundreds of miles long. Thousands of people were murdered en route in the last days before the war’s end, although it is impossible to know the exact numbers. Many of these chaotic and brutal evacuations became known as ‘death marches’ by those who endured them. They form the last chapter of Nazi genocide.

‘Death Marches: Evidence and Memory’ will uncover how forensic and other evidence about the death marches has been gathered since the end of the Holocaust. It chronicles how researchers and others attempted to recover the death march routes – and those who did not survive them. Efforts to analyse and commemorate the death marches continue to this day.

The Wiener Holocaust Library version will be shown until Friday 27 August 2021; the exhibition will be on display at the Holocaust Exhibition and Learning Centre until Wednesday 15 September 2021. In the meantime, a gallery walk-through of the Library’s exhibition is available to view.

The HGRP is also running a series of related events alongside the exhibition. Please check our Events & Exhibitions page for more information.